Fall is in the Air

Summer is truly over and things are changing color in National City. Costumes are being created, haunted houses are cropping up, and soon folks will be thinking about Thanksgiving. From there it's a straight shot to the holidays and on into a new year. It's a time to harvest what you've sown and to be thankful for what you're harvesting. So, grab some candy corn, sit back and read this, your latest edition of Your National City News.

Together We Can help keep our city clean, safe, livable and looking great for the enjoyment of everyone! Neighborhood Services, Economic Development, Planning and Public Works have all come together to create a program to help beautify National City by empowering– neighbors, businesses and visitors – to do the same!

It takes all of us to keep our neighborhoods, streets and structures clean, healthy and safe. A few ways we can do that is by improving property appearance, neighborhood clean ups and signage compliance. For more details, Click Here. 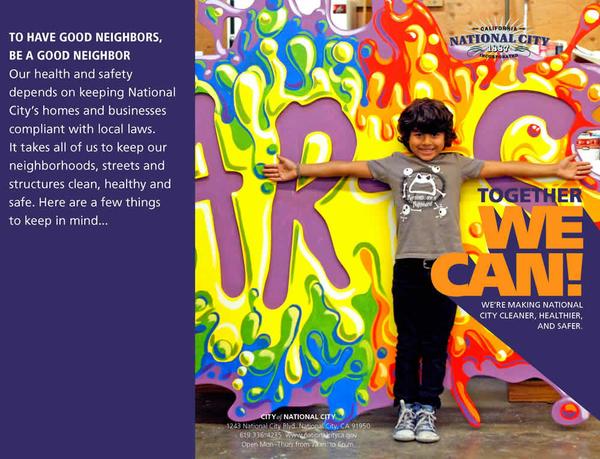 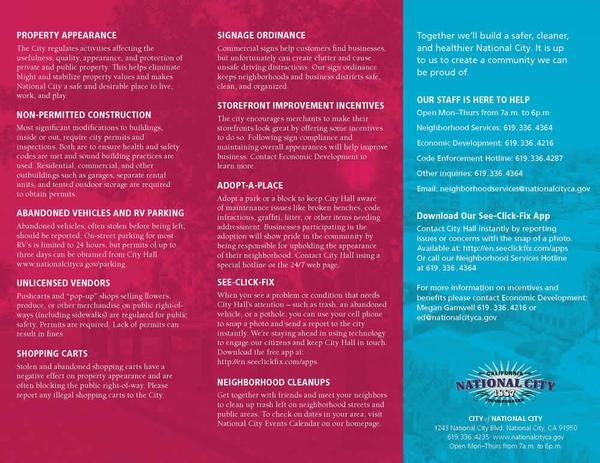 The National City Chamber of Commerce together with the City of National City will honor the men and women of service in the Unites States Navy during the 60th Annual Salute to Navy luncheon on Thursday, October 20, 2016 at the Martin Luther King Jr. Community Center.

National City’s Salute to Navy has been a longstanding tradition for the past 60 years. National City holds this event every year during the month of October and jointly celebrates the Navy’s birthday. This is the first and longest running event of its kind in the United States. 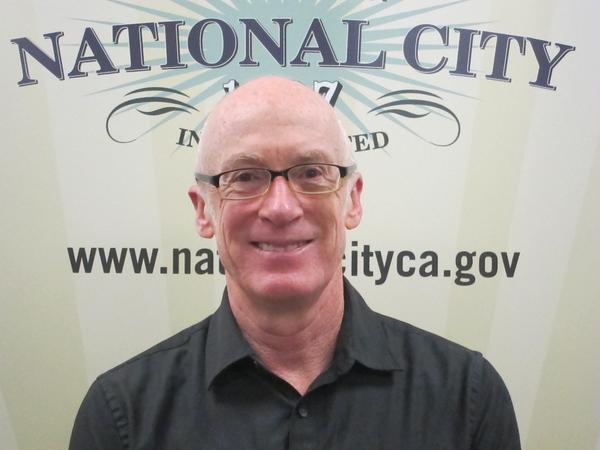 Congrats to Children’s Librarian Steve for receiving the Employee of the Quarter. Steve maintains a perfect attendance record since being hired ten years ago! He shows up to work every day in a good mood with a positive attitude, bustling around with a spring in his step and acknowledging kids who come in his area with perky greetings. We can go on enumerating many other qualities that make Steve such a valuable employee for any agency. But if we have to pick one thing that defines Steve, it's his all-time impeccable manners —always courteous, calm. and professional. 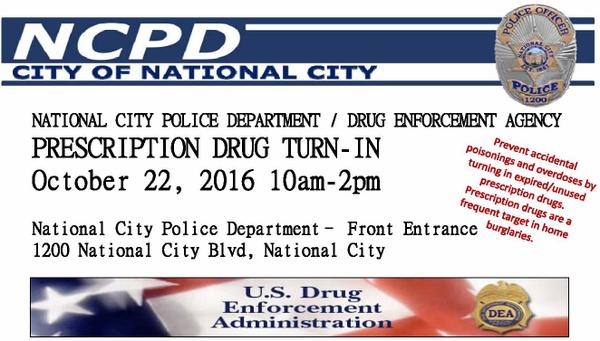 National City was selected as only one of 10 cities in the State to participate in a tree planting program. We are happy to share that there is no cost to the city and the trees will also be maintained by the contractor for two years.

Join us for the tree planting event on Saturday, 9:00 am, November 19 at El Toyon Park. 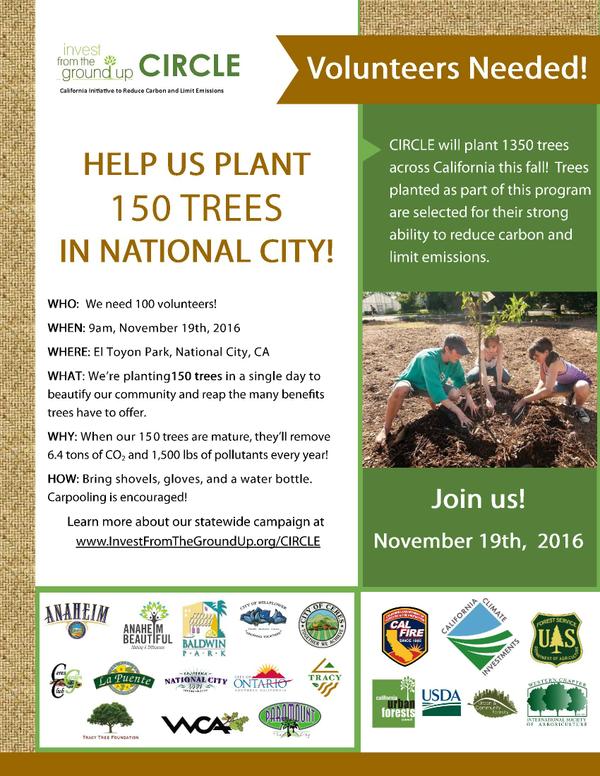 National City received funding from the State of California to prepare an Urban Forest Management Plan. The plan will help guide the management of City-owned trees over the next 40 to 50 years. An important component of this process is resident input. You have the opportunity to provide valuable input by participating in the public survey at the link below. Your opinions matter and we want to hear them. Survey 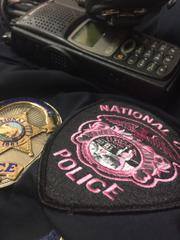 The National City Police Department has authorized officers to wear a Pink uniform patch in support of Breast Cancer Awareness Month. The uniform patch is unique in that the insignia is set with a “pink” inlay, which differs from our historical “gold” patch. The idea of creating this specific patch was employee driven, as this horrible disease has affected families in our organization and in our community. This patch signifies our modest attempt to support all individuals and families that have been affected by cancer. If you would like to purchase one of these patches, please contact POA President, Willian Phillips at williamp@nationalcityca.gov.

The Safe Routes to School program in partnership with the City and the National School District encourage everyone to walk to school in a safe manner during the month of October. 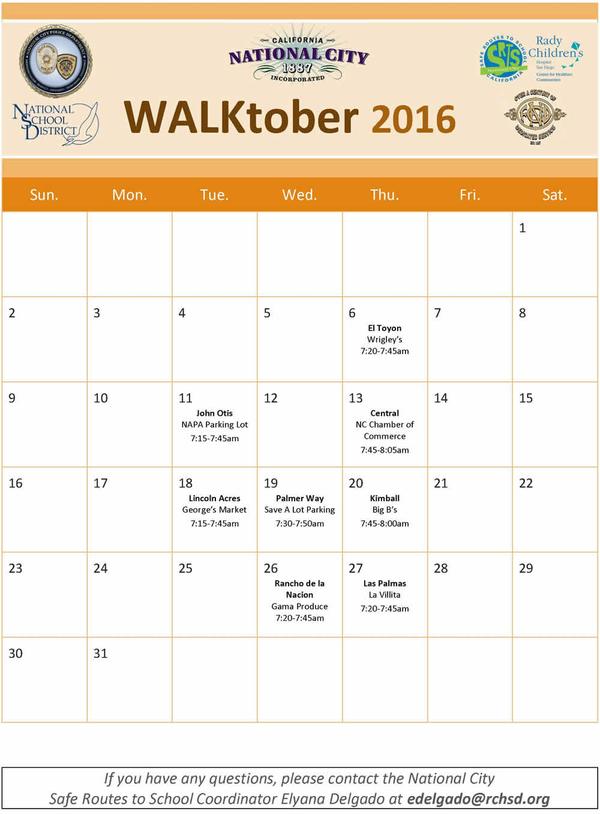 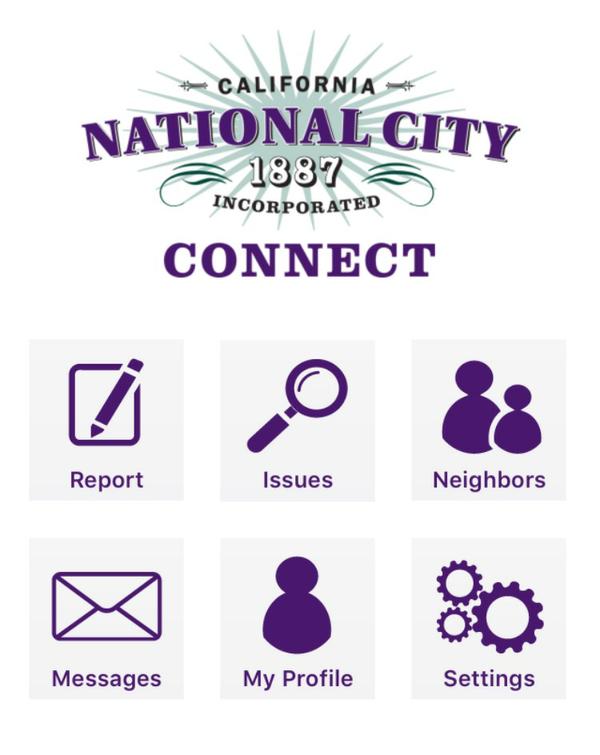 Are you looking for a way to report non-emergency issues to the City but aren’t sure which department to call? Now you don’t have to- just download our mobile app- National City Connect! By using National City Connect you can document neighborhood concerns and communicate directly with City departments. See a pothole in the road – report it immediately and track the response. Find graffiti in your neighborhood, take a picture and report it immediately. You’re able to follow an issue from the time it is reported until it is resolved, you can track all types of service requests, not just the you report. You can even create your own “watch areas” to receive notifications about all issues reported in specific neighborhoods. National City Connect is available for iPhone and Android devices. 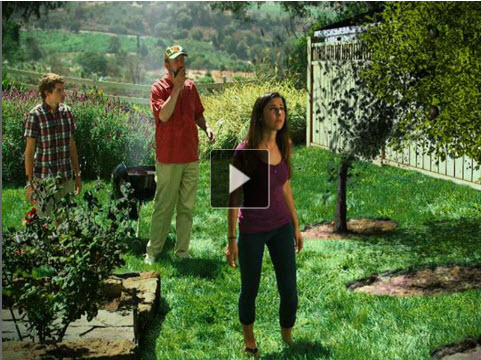 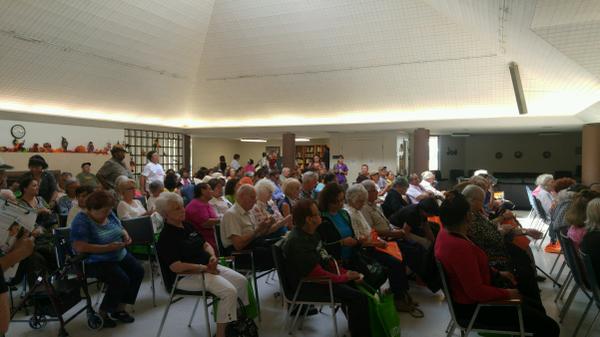 The resource fair had over 150 seniors in attendance. There were health talks on depression, maintaining an active lifestyle, and tips on filling out an advance health directive. Free flu shots were also given along with health checks for blood pressure, depression screening and everyone enjoyed a free lunch. For more information on Senior Events and Programs. 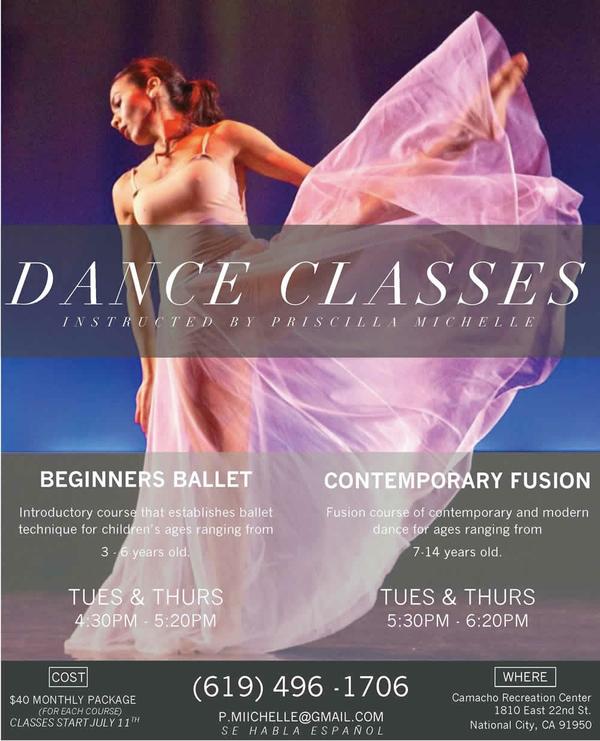 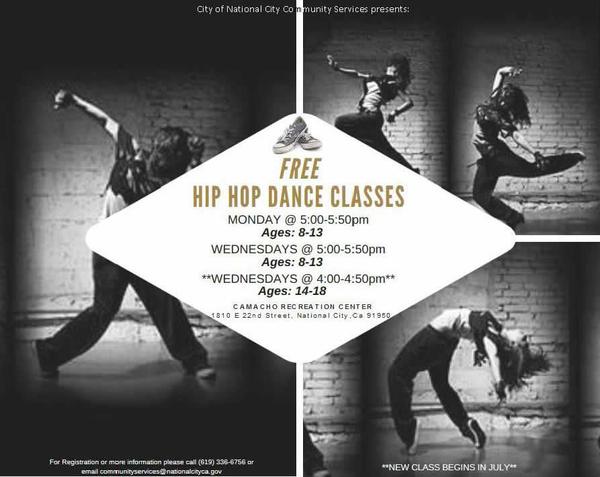 Sweetwater Authority Board Moves Forward with Improvements to Sweetwater Dam

Over $8 million of funding was set aside from Authority reserves to complete construction of the project by December 2018. This action was taken to demonstrate the Authority’s commitment to complying with the State of California Division of Safety of Dam’s (DSOD) directive to make improvements to the dam within the agreed upon timeline.

The Board action follows a presentation made by David Gutierrez, Chief of DSOD, at the September 28 Board meeting, whereby Mr. Gutierrez stated that the Sweetwater Dam may be unsafe under certain extreme hydrologic conditions and stated that the DSOD may issue water storage restrictions on the reservoir if the Authority did not proceed with the necessary improvements.

The required improvements to the dam include added walls and new concrete armored surfaces to the sides of the dam to safely direct the water and prevent dam erosion during extreme weather events. The project also includes elevating the height of the South Dike, a facility designed to contain water on the south side of Sweetwater Reservoir. The first phase of the project to be completed this year will include the project designs and environmental review estimated at $300,000. Construction is scheduled for Fiscal Year 2017-18 and 2018-19.

The Sweetwater Dam, located in Spring Valley at the Sweetwater Reservoir, was built in 1888. The Authority conducts regular maintenance and safety inspections of the dam.

Don't Miss the Tower of Terror 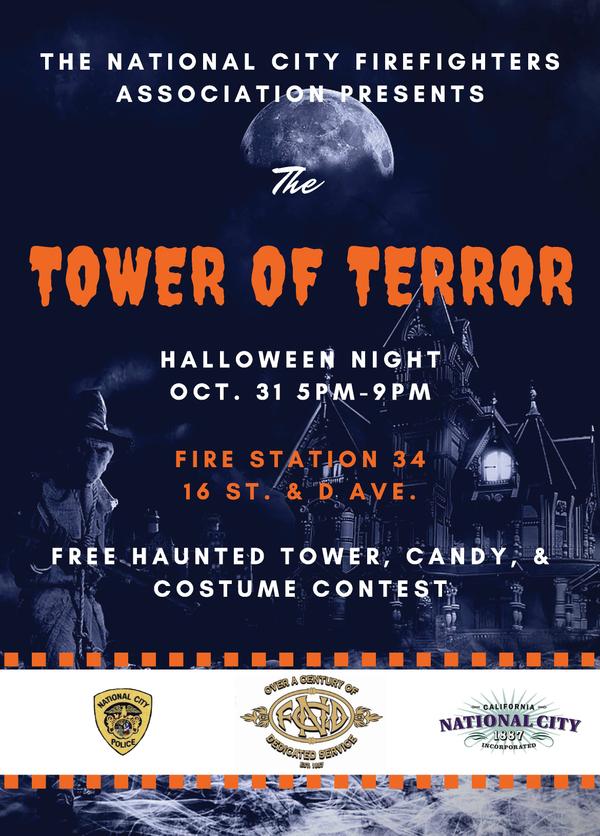