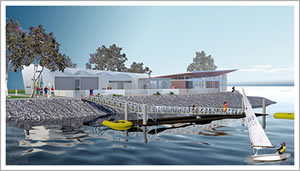 This 47,000 square foot aquatic center will provide an array of educational and recreational opportunities for National City residents. The center will be located in Pepper Park, adjacent to the Pier 32 Marina. Center amenities include: Two multi-purpose rooms, office/storage space, lockers, showers, and boat equipment storage. The center has a reported cost of approximately $5 million dollars, and is set to open in the summer of 2016. This center will represent a prime opportunity for residents to enjoy the calm waters in the area. 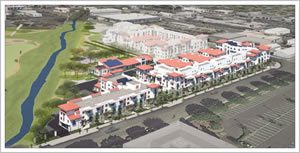 Phase I of development in the areas adjacent to Paradise Creek was completed in 2015. The phase included a complete relocation of the city’s Public Works department along with extensive remediation of the construction site’s land. A 201-unit affordable housing project called the Westfield Infill Transit Oriented Development (WI-TOD) will be built on the east side of Paradise Creek. The project also includes a 4-acre community park on the west side of Paradise Creek. National City continues to lead the way in the county as the city with the most affordable housing opportunities for residents. The housing project is slated for completion in 2018. For more information www.paradisecreekliving.com 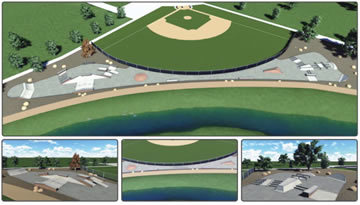 This state-of-the-art skate park will be built on the southern side of Kimball Park, adjacent to Paradise Creek. It will contain different skating elements that will appeal to National City’s skating community, and will ultimately encourage physical activity among residents. The skate is part of Phase I improvements planned for Kimball and El Toyon parks. The skate park will also have additional lighting, security cameras, benches, and other amenities. The area is also planned with environmental considerations, such as the installation of storm-water impact development measures and drought-tolerant landscapes. 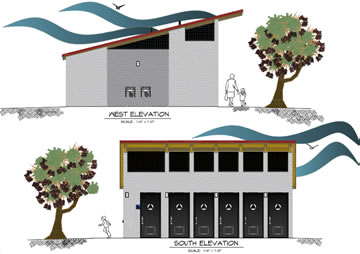 The construction of new restrooms are in the works for Kimball and El Toyon parks. The new restroom designs are modeled after those typically found in amusement parks, consisting of separate unisex stalls lined next to each other and flanked at the end of the line by a communal hand wash station. The installation of new restrooms seeks to provide a more private and sanitary environments for users, while also improving the parks’ aesthetics. 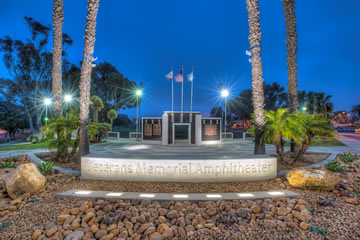 Two memorial plaques were selfishly stolen from the War Memorial in March of 2014. The actions of a good Samaritan led to the recovery of the plaques only days after being taken. Elected officials, City staff, and community members of National City devoted over a year of work towards improving the memorial, culminating in its rededication in December of 2015. Now, the plaques are restored and locked-in with granite slabs. They stand to honor those who served in our country’s war efforts in World War II, Korea, and Vietnam. The improvements to the area include safety cameras, new flag poles, benches decorated by the City’s ARTS (A Reason To Survive) program, new lighting, and new sidewalks. The War Memorial was part of a $1.5 million dollar project to enhance the D Avenue corridor. Residents will be able to purchase honorary plaques that will decorate the Veterans Wall of Honor. The Veterans Wall of Honor and War Memorial are accompanied by a new roundabout that features plaques honoring the five military branches of the United States of America. 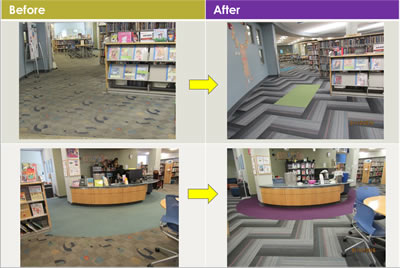 The National City Public Library received upgrades including new flooring and interior design renovations, public safety cameras, and new audio/visual systems to name a few. Phase I of the upgrade began in late December 2015 and was completed in January of 2016. City staff will begin planning Phase II of renovation work later in 2016. Check out some of the before and after pictures.

FOR MORE INFORMATION ON THESE PROJECTS AND MORE PLEASE VISIT: www.NationalCityProjects.com


Free viewers are required for some of the attached documents.
They can be downloaded by clicking on the icons below.