“OVER A CENTURY OF DEDICATED SERVICE”

A HISTORY OF THE NATIONAL CITY FIRE DEPARTMENT 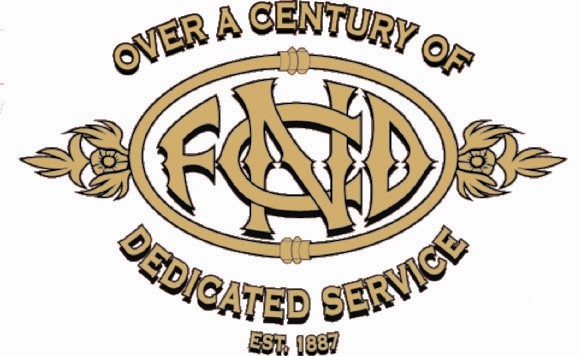 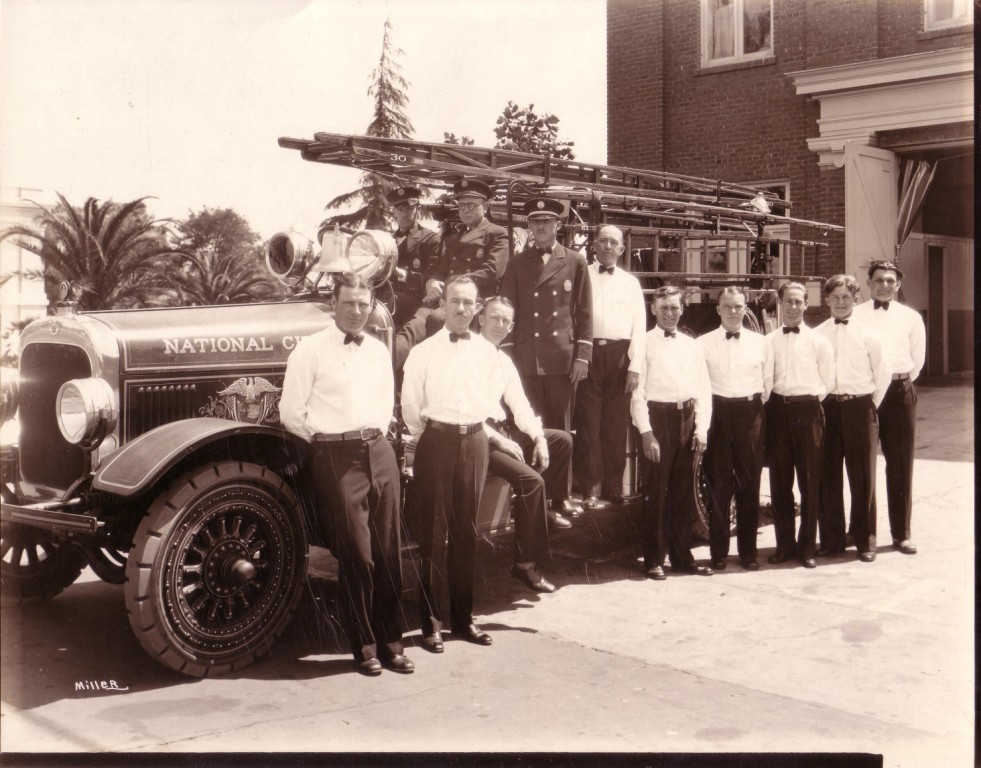 All fire equipment, consisting of hose carts and a hook and ladder rig, were all drawn by manpower and were housed in a building at the corner of 16th Street and Taft Avenue.  The other hose cart was located in a building at 8th Street and National Avenue.  In 1910 the first fire station was built and was located at 13th Street and National Avenue.  This original station served the City as a fire station until 1954.  It continued to serve as a city hall and police station until it was torn down in 1966 to make way for the new Civic Center. 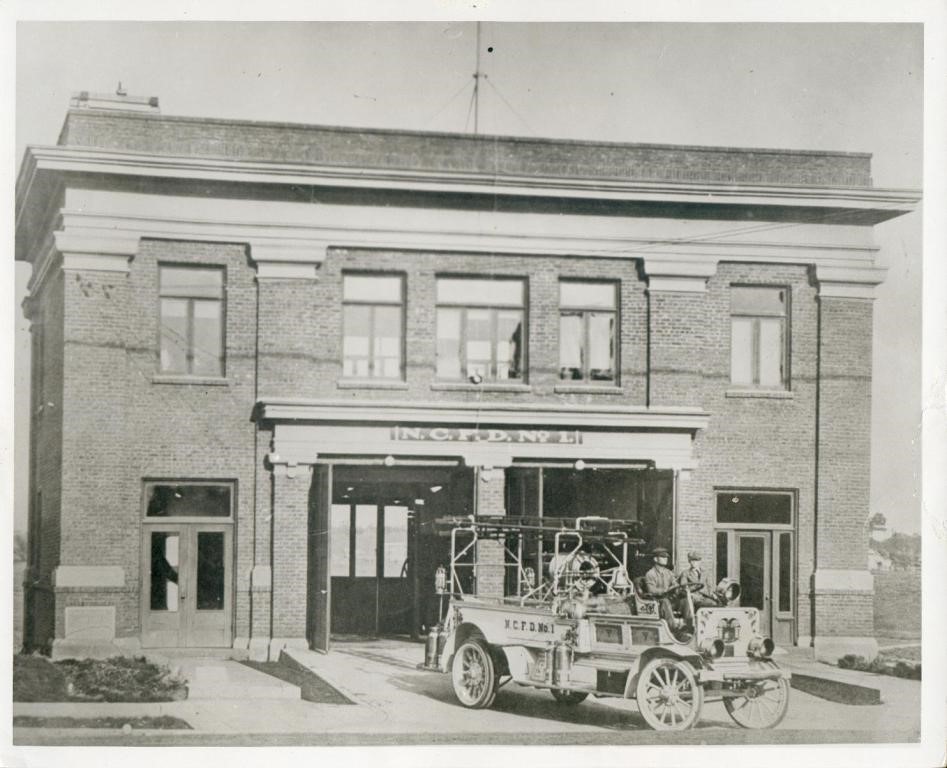 The National City Firemen’s Club became incorporated on April 27, 1911.  On April 6, 1912 the City purchased it’s first motorized fire apparatus, a Seagraves pumper that carried 1,200 feet of 2 ½ inch fire hose and one 40-gallon tank of chemicals.  An 80 horsepower air-cooled engine could propel the apparatus at speeds up to 40 miles per hour. 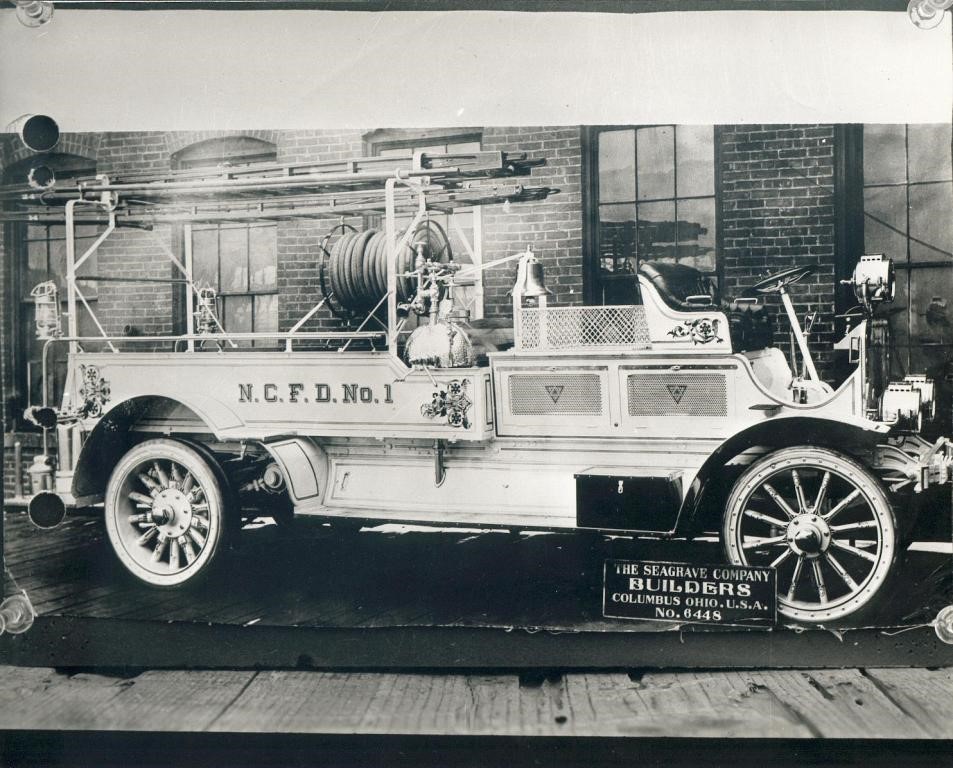 In 1922, the City hired its first paid Fire Chief, W.S. Carvell.  He continued as Chief until February 8, 1924, at which time James Bird was appointed Fire Chief.

In 1925, a new Seagraves 750 gpm Class B pumper was purchased and the original 1912 pumper was retired.  The 1925 Seagraves pumper is no longer in service, but is occasionally used for parades and social events.  The 1925 Seagraves is housed at Station #34 and is a fine example of antique apparatus and a tribute to the care and maintenance given it by generations of Firefighters. 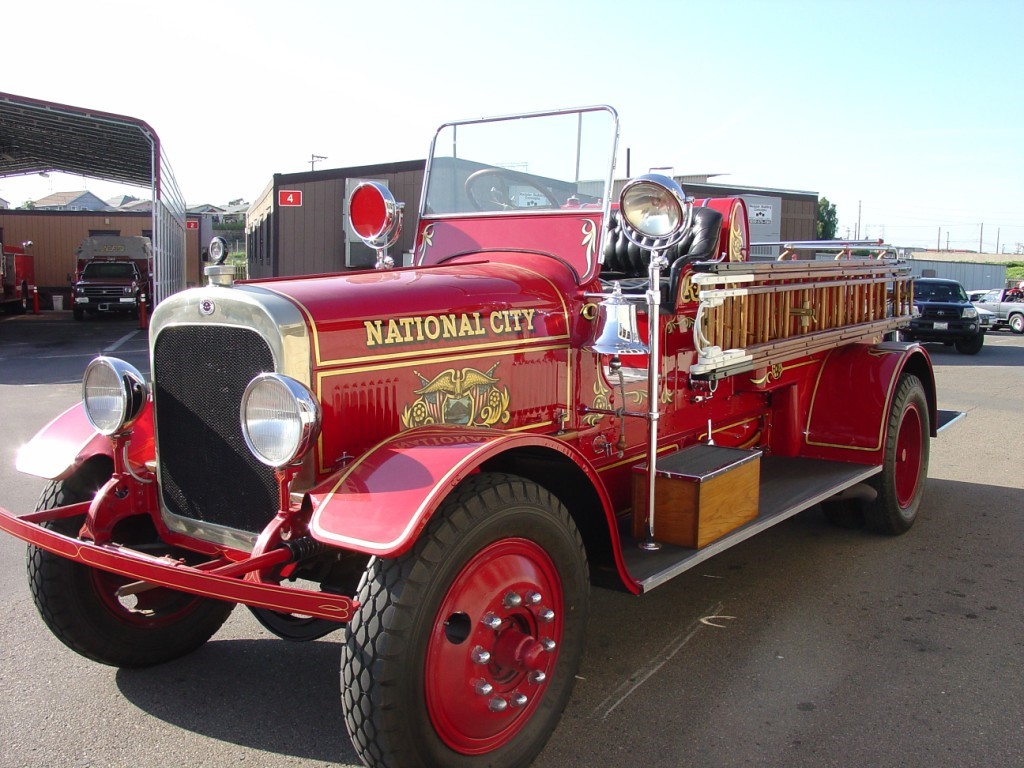 By 1935, the Department was fully paid and no longer relied on the services of many dedicated volunteers.  The Department’s staffing was a grand total of five Firefighters.  During the 1940’s more staff and equipment were added, in keeping with the growth of the City and the need for additional resources.

In 1950, J. Clifford Bailey was selected as Fire Chief and new programs and policies were implemented.  For the first time uniforms were required.  Chief Bailey was also instrumental in establishing the Fire Science program at San Diego Community College.  This program was the beginning of higher education for Firefighters, and has become essential in order to do the job of a modern day Firefighter.  Chief Bailey distinguished himself and the Department by becoming the President of the California Fire Chiefs’ Association in 1965.

In 1954, a new fire station was constructed at the corner of 16th Street and “D” Avenue.  This station served the City as the Headquarters Fire Station until it was demolished in October, 2003 to serve as the site of the new Station which was dedicated in June, 2005.

The Fire Prevention Bureau was established in February 1956 and Engineer Richard Harrold was assigned as the first Fire Inspector.  In 1959, the Department hired its first full-time dispatcher, Kay Nielsen.

In 1961, Fire Station #2, located at 2130 Tidelands, was put into operation and housed a four person engine company.

The early 1970’s saw three new pumpers put into service.  These pumpers were the first diesel powered equipment for fire use in the City.  In 1973, Chief Bacon retired and Battalion Chief William Wright assumed the duties of Fire Chief until 1979.  Chief Richard B. Bridges was appointment Fire Chief in 1979 and served until April 1983.

The Department continued to grow to meet the needs of the City by hiring additional staff, both Firefighters and support staff.  In 1980 dispatching was transferred to the Chula Vista Police and Fire Dispatch Center.  In 1983 Randy L. Kimble was appointed Fire Chief.  In February, 1984 a new fire station, Station #31, was constructed at 2333 Euclid Avenue.  In June 1989, the Department purchased a new Seagraves Commander Pumper.  This pumper is in use today as a reserve engine.  Also in 1989 the City’s Emergency Medical Defibrillation (EMT-D) Program was implemented.  At this time, all emergency response personnel were certified as EMT-D’s and were trained and authorized to use emergency defibrillation machines on victims of heart attacks.

In 1992, a Beck fire engine was put into service, and is still in service as a reserve engine.  In 1994 dispatching was transferred to Heartland Communications Facility Authority.

In October, 2003 Headquarters Station #34 was demolished and rebuilt on the same site (the corner of 16th Street and “D” Avenue).  In September, 2004 Roderick Juniel was appointed Fire Chief.  In June 2005, Fire Station #34 was completed.  Also in 2004, a new Pierce engine was placed into service.  In 2006, another Pierce engine was purchased and placed into service.

On October 10, 2017 the Department started running calls from Fire Station 33, which consists of a Squad with a Fire Captain and Firefighter Paramedic to respond to emergency medical calls.

The Department continues to grow and set specific goals for providing outstanding service to the citizens of National City.  As quickly as yesterday becomes history, and today becomes yesterday, a second century of dedicated service is just a few tomorrows away. 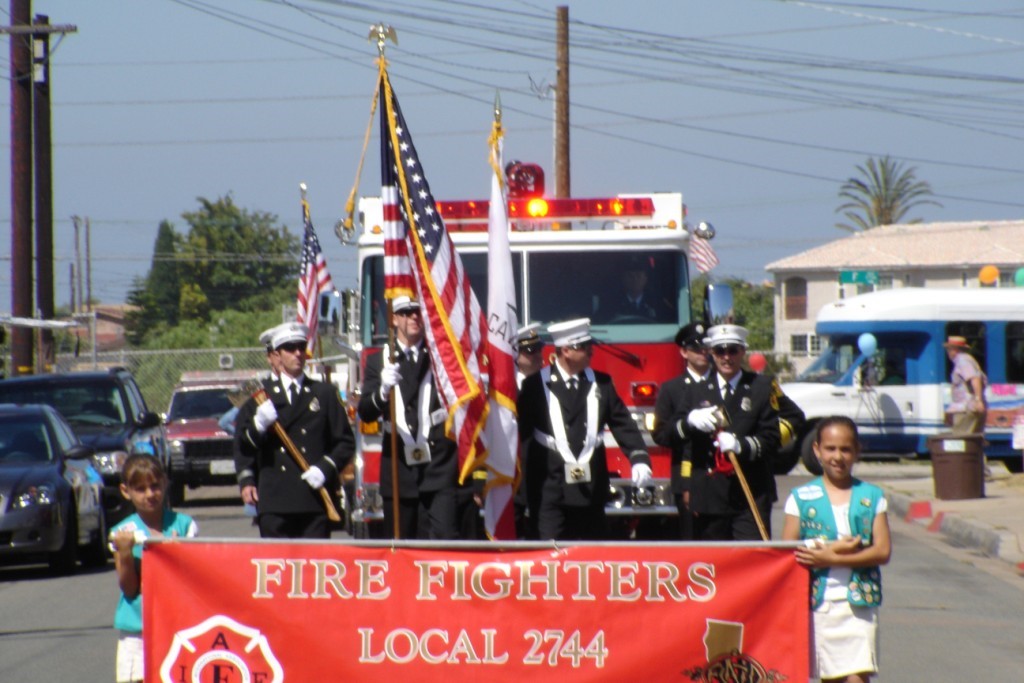